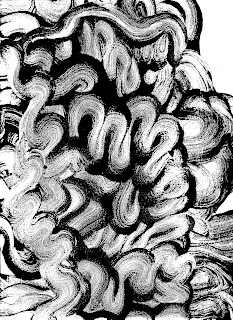 There are two more copies left of Lindsay Nichols' photograph zine, "In Limbo". Here's a few preview pictures: $6 with postage, $5 in person 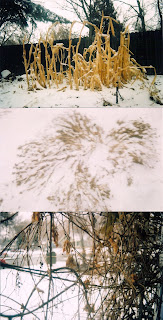 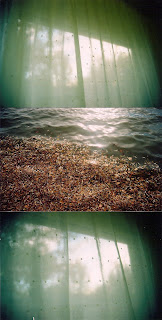 check it out here:
http://www.foxydigitalis.com/foxyd/?p=1909
also here's some other reviews:
http://existest.org/ee_v3/?p=1875
http://www.arma.lt/introspect/texts/introspect-review%20STERILE%20GARDEN-NOVASAK.htm
2 more reasons why I don't wanna be in the 'noise' ghetto. Let me out. Just to let you know, full discrepancy and all, I know Crawford Phileo, who wrote the piece for Foxy Digitalis.
Anyways, there's a lot going on around the Basement Tapes compound lately. There's a new project afloat called RECOMBINANTS. Pop music remixes in differing collaborative settings. The first to reach fruition is the S/T C20 which is with Matt Sage of M. Pyes/Patient Sounds Tapes/Castles. The first side is completed and we are starting the second side in the next couple weeks as time allows.
There's a new Sterile Garden composition in the works. It should be completed in the next two weeks, and we're going to try to perform it a few times here in Fort Collins and Denver before I go back to school in January. A few weekends ago with the help of my roommate Jared(Rad Vibes), Sterile Garden also recorded four versions of a piece that we've performed three times live, titled "False Digital". There will be two versions of the release; one being a 2 CDR(4-channel)/poster set, and the other being a stereo tape with art propaganda. We're very excited about this release as it has taken Sterile Garden in a different direction than many have heard at this point in our existence. We still have another 3-member composition for yet another SG piece that we've also performed three times in the past year.
Posted by Basement Tapes at 2:58 PM